Knoxville’s history in the present: Current occasions of historical interest 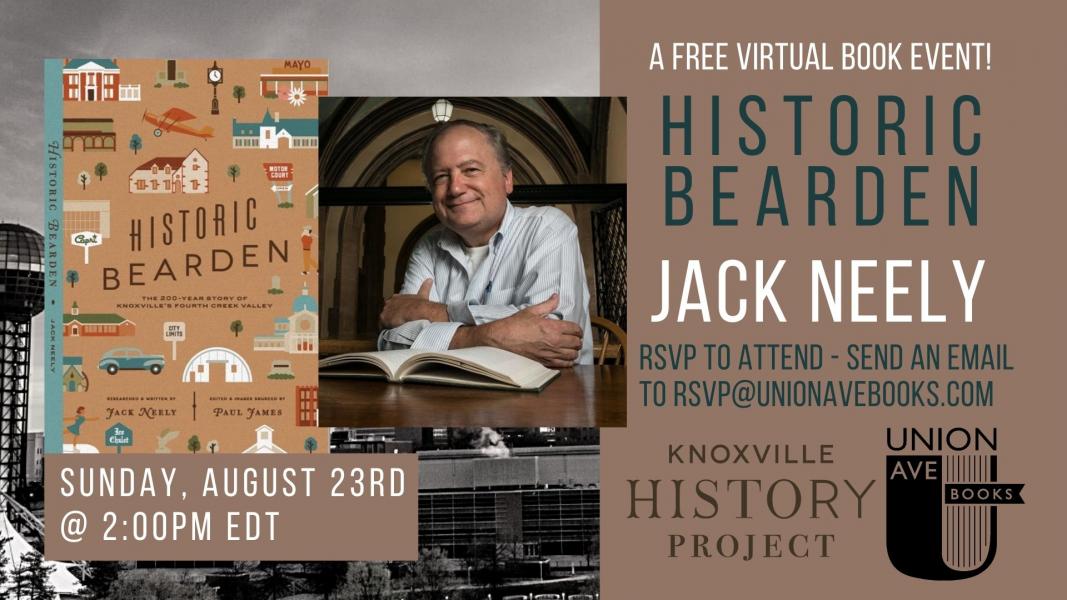 Behind the Scenes Tour of the Historic Tennessee Theatre Pre-screening questions and temp checks, masks, and social distancing (outside of household groups) will be in place.  We will cap the tour at 20 people.

Jack will share a lively history of the theater from the days when Fanny Brice and Tom Mix and Glenn Miller and a few hundred different vaudeville troupes put on big shows here, to the “world premiere” era of the 1950s and later, and its time as a performing-arts venue featuring everyone from composer Philip Glass to Esperanza Spalding to Chet Atkins, who gave his last-ever concert performance there.

Tickets can be purchased on the the KHP online store for $20. Proceeds to help fund the Knoxville History Project, a 501(c)(3) nonprofit.

Storyteller Laura Still helps you live the stories of pioneers, soldiers, outlaws, and even fictional characters who walked these streets before you. Learn more about Laura and her story on our Knoxville Walking Tours Page.

Knoxville has a rich history full of colorful characters and famous, and infamous, figures whose lives have been the inspiration for books, movies, and works of art. Take a stroll through history in beautiful downtown Knoxville while listening to true tales of the heroes, heels, and hardened criminals that are part of the hidden lore of this unique East Tennessee town. A portion of ticket proceeds are donated to KHP.

Rather than the usual schedule of tours, we’re keeping things safe by doing private tours with one group at a time. You pick the tour and time — subject to availability. Ghost tour in broad daylight? Yes! (though it won’t be as spooky)

Masks are required. Bring your own or we can set you up. Your guide carries extras along with ear savers for your comfort.

We’ve reduced our minimum group size to 3 adult tickets / $60 so you don’t need a big group. For couples, that means paying $10 extra per ticket, but you get Laura’s undivided attention and you can ask her anything about Knoxville and its history. She never runs out of fascinating stories!

Hear more tales of ghostly history as you follow storyteller Laura Still on the Side Street Shadows tour. Find out who haunts the Farragut, how a gunfight on Cumberland nearly started a war, and where you might meet the courteous spirit of a scholar or the grumpy ghost of a violent rebel. Details & Tickets

Brave souls who enjoy a chill can join us for a trip into Knoxville’s shadow side. The city’s history of blood-stained streets echoing with gunfire is full of restless spirits. Visit their haunts and hear local legends of ghostly apparitions. Details & Tickets

Shadow Side 2: Ghosts of the Old City

Red Summer, drunken brawls, hot lead, and blood on the tracks. Knoxville’s Old City used to be known as the bowery, where victims of murderous brawls, dealdly shoot-outs, and horrific train crashes haunt the old buildings and back alleys along with the ghost of a musician who hasn’t quite faded away. Details & Ticket

Walk the streets of a city torn in two by divided loyalties and then get an overview of the fighting from the observation deck of the Sunsphere. Spies, bridge burners, miracle shots, betrayal, and battle. Details & Tickets

Family feuds and wanted outlaws. You’ll relive the days when Knoxville was the wild west and Gay Street was the OK Corral. Details & Tickets

Step back over two centuries and visit Knoxville’s founders as you listen to the stories of the settlement of White’s Fort and establishment of the capital of the Southwest Territory at the headwaters of the Tennessee. Details & Tickets

The Knoxville story has always been set to music, from the time when the poetic rhythms of the native Cherokee tribes still echoed in the hills and the ballads of the Scots-Irish settlers were sung around campfires on the riverbanks. Immigrants from all over the world brought new instruments and tunes to enliven the song and make Knoxville home to musicians of every genre. Details & Tickets

Home of Cormac McCarthy, Nikki Giovanni, James Agee, and more. You’ll visit the scenes that inspired them and walk in the footsteps of their characters. Details & Tickets

The Civil War in Knoxville

It’s been over 150 years since the battle of Knoxville, one of the most sharply divided cities during the civil war. Occupied by both sides with recruiting offices set up on Gay Street on the same day, Knoxville was home to spies, street fights, and family feuds that outlasted the war. Visit the downtown sites and then get an overview of the battles and fortifications from the observation deck of the Sunsphere. Details & Tickets

Ten years before Tennessee became a state, David Wessels Howell planted an orchard and garden on land where the Cherokee still roamed. This was the beginning of a family business that would span two centuries, from the frontier days through the Civil War and the industrial age to modern times. Now the Howell family’s legacy has been preserved as a public garden spanning 47 acres, with walking trails and hand-laid stone walls that cross through sunny meadows and leafy glades among an astonishing variety of trees and plants. Come walk with us and hear its stories and secrets. Details & Tickets

Just north of downtown Knoxville, Old Gray Cemetery is a little-known historic jewel. Founded in 1850 as part of the rural park cemetery movement, it became a popular destination for carriage rides and picnics in its early days. Join us for a guided tour of notable interments and hear stories of statesmen, soldiers, scholars, and spirits. Details & Tickets